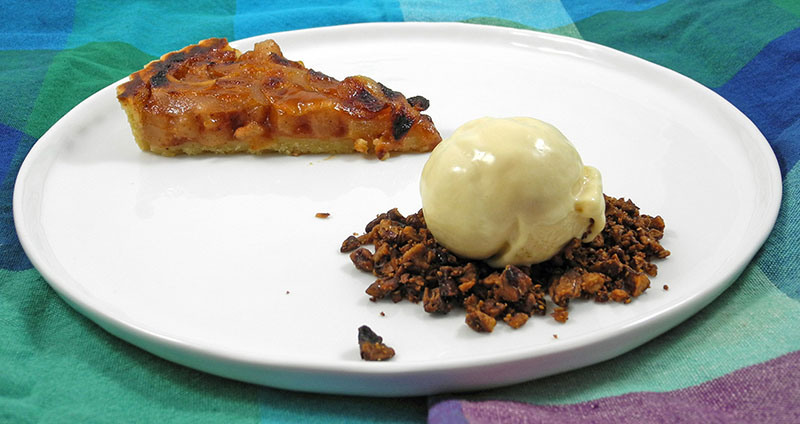 This was the fifth and last course to my Friendsgiving 2017 dinner.

Originally, I had planned a Cranberry & Pear Tart with Almond Cream – a dessert that I haven’t made before and that I was excited about! But two days before the big day, I was craving more traditional Thanksgiving flavors so I decided to make a pear tart because if you don’t satisfy your cravings, very bad things can happen next… e.g. a sweet-tooth rampage.

I would have been totally okay with just serving a wedge of Pear Tart but to make it nice, I also served it with some homemade Maple Ice Cream and Ground Candied Pecans.

What did the fruit say to the vegetable?